To what extent do you know the Second Law of Thermodynamics? The Second Law of Thermodynamics states that as energy is transferred or transformed, more and more of it is wasted. The Second Law also states that there is a natural tendency of any isolated system to degenerate into a more disordered state. The second law of thermodynamics describes the nature of processes and chemical reactions as follows: processes occur spontaneously if and only if by their process, the entropy change in the universe, is greater than or equal to zero. Entropy refers to the inevitable and steady deterioration or degradation of a system. Closed systems do not exchange matter with their surroundings but can exchange heat and work (energy). The Systems which are isolated and spontaneously evolve towards thermodynamic equilibrium, the state with maximum entropy. The second law clearly explains that it is impossible to convert heat energy to mechanical energy with 100 percent efficiency. A device that violates the Second law of thermodynamics is called a Perpetual Motion Machine of the Second kind. The first device supplies continuously energy without receiving it. So this is a system creating energy and therefore violating the first law. 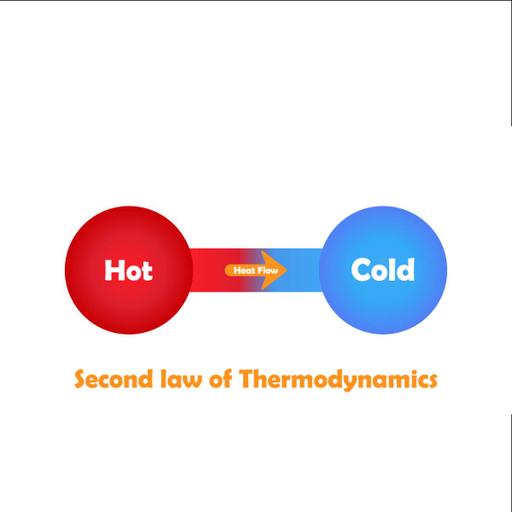