Gujarat is the 6th largest state in India, located in the western part of India with a coastline of 1,600 km (longest in India). It is 9th most popular tourist regions in the country and was visited by 54.4 million domestic and international tourists in 2018. Gujarat offers scenic beauty from Great Rann of Kutch to the hills of Saputara. Gujarat is the one and only place to view pure Asiatic lions in the world. During the Sultanate reign, Hindu craftsmanship mixed with Islamic architecture, giving rise to the Indo-Saracenic style. Many structures in the state are built in this fashion. It is also the birthplace of Shrimad Rajchandra, Mahatma Gandhi and Sardar Vallabhbhai Patel, iconic figures of India's independence movement. In recent years Statue of Unity has emerged as the major tourist spot of Gujarat. It is the tallest statue in the world. Amitabh Bachchan is currently the brand ambassador of Gujarat Tourism. The ‘Khushboo Gujarat Ki' campaign by celebrity Amitabh Bachchan has increased tourism in Gujarat by 14 per cent per annum, twice that of national growth rate. 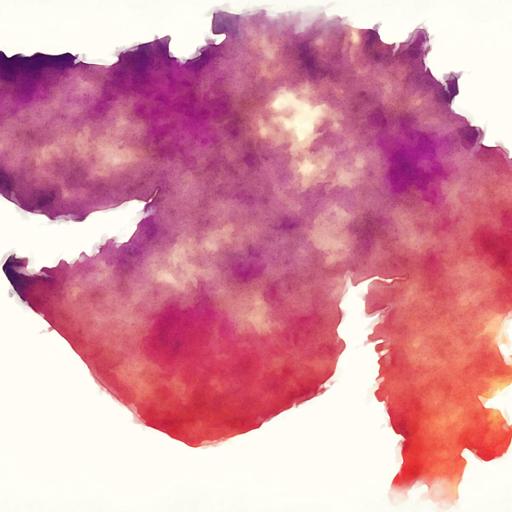